TYME Fast Food, out of NYC, is the brainchild of Phil Winser of Fat Radish and former Burger King executive Felipe Hallot. TYME is kept simple; vegetarian, low overhead by only having kiosks and vending machine type locations and a clean and transparent recyclable jar for all of their offerings. And that's TYME's strongest attribute, for a fast food establishment they have a reusable package that they don't want to be ignored. A striking contrast to Burger Kings packaging that is meant to be discarded ASAP, TYME wants you to take notice of it, keep it, repurpose it, take pics of it, or return it while you make your next purchase. 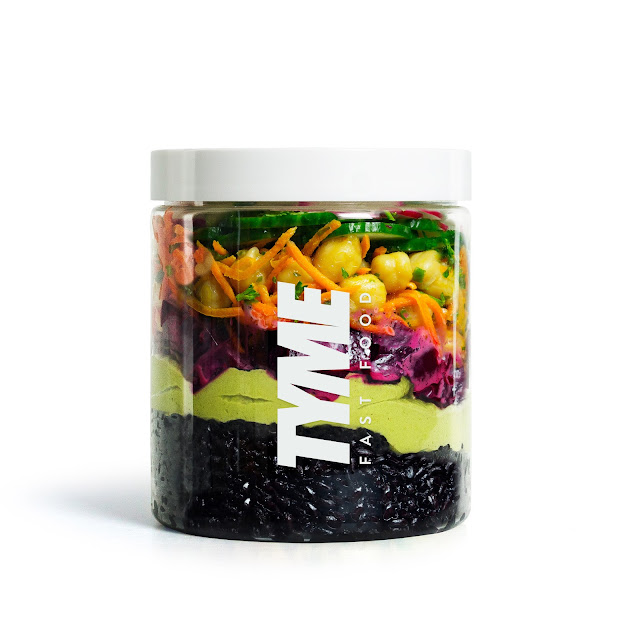 What's the deal with TYME's packaging?

When customers are done with their meals they can return empty containers to any of TYME's locations and customers will get $1 off their next jar. This is an easy way to encourage customers to keep coming back.

Why Plastic? - TYME says that they will eventually stop the use of plastic packaging. Until then, they've opted to use a durable plastic for multiple uses. To keep it out of the waste stream, TYME has created a returnable container program where they've incentivize customers who return the jar.

TYME uses compostable forks and will ensure those are composted, along with any left over food, "So pack them in the jar too".


TYME promotes the reuse of jars with their #JarLife campaign. Customers share their creations and tag them with #jarlife

Nothing gets us closer to zero waste than returning and reusing our containers. Thanks to @thetastetour for the great shot.
A post shared by TYME Fast Food (@tymefood) on Sep 19, 2017 at 8:42am PDT